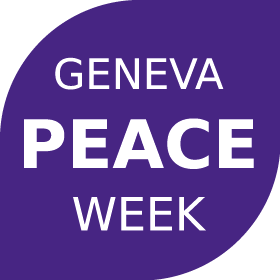 Don't miss this unique opportunity to see the world première of Human Frights, a multi-sketch, satirical revue about human rights and peace in our contemporary world.

Daniel Mpilo Richards and Mike van Graan have worked together over the last three years in three satirical revues that have dealt with issues of corruption, gender and xenophobic violence, poor governance, land and other themes in contemporary South African political discourse.  These revues - Pay Back the Curry, State Fracture and Land Acts - have earned multiple plaudits and awards around the country.

Human Frights adapts some of the sketches from these revues for an international audience, and particularly for Geneva Peace Week, where it will be performed for the first time.

This performance is free to attend, but places are limited, so make sure you register today!

Please note, we will also be showing another play of Mike Van Graan titled When Swallows Cry on Tuesday 6 November at 19:00.

The fault-lines inequality and culture are important contributing factors to a turbulent world. Inequality in economic, political, military and cultural power fuels conflicts at local, national, regional and international levels; while different value and belief systems, different ways of understanding the world and of making personal and group meanings within the world, further texture such conflicts.

To build sustainable peace, it is necessary to understand and mitigate the cultural dimensions of conflicts. Theatre is an important tool for the following reasons:

- Theatre presents human stories that impact an audience not only intellectually, but also emotionally and psychologically, emphasising the humanity and human bonds within our polarised world

- Through satire and the use of humour, uncomfortable messages may be conveyed in less alienating forms, inviting audiences to reflect on the provocations less defensively

- Theatre by itself cannot change the world, but it can help to change individual perspectives by present conflicting viewpoints and thus catalyse conversations and actions that contribute to change